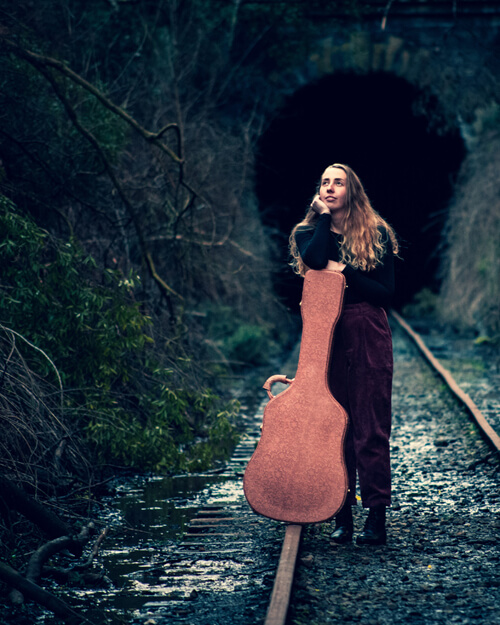 Amy begun writing her own material in late 2014 and has been writing songs of her personal struggles and triumphs since. Amy released her first single, ‘Out of My League’ in 2017. She then released her debut EP, ‘Players’ in October of 2019. Amy shared her music with people around the state on an album tour, during which she opened for famous Australian country artist Troy Cassar-Daley in Queenstown, Tasmania.

Amy is gaining significant momentum in the music scene performing at well-known events around the state such as Party in the Paddock, Festivale Tasmania, the Forth Valley Blues Festival, Tamar Valley Folk Festival, and more.

I would like to thank my family, friends old and new, and general lovers of music, for the support you have shown me, as I chase my dream! I am looking forward to bigger and better things in future and I can’t wait to share it all with you.